THE EDGE OF THE FOREST - 4 minute update 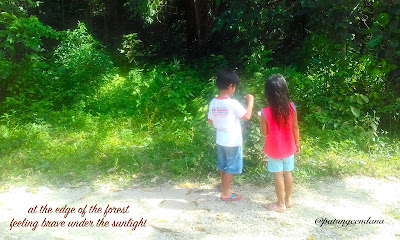 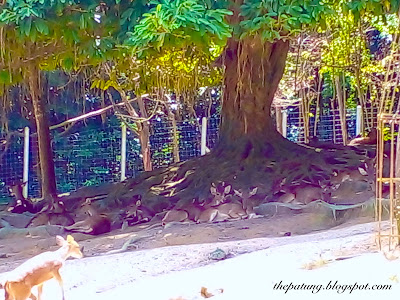 Email ThisBlogThis!Share to TwitterShare to FacebookShare to Pinterest
Labels: A kind of magic, beyond words, Hybrid Zoo, Kuantan Mini Zoo, walk the dinosaur, Was (Not Was), Zoo Taman Teruntum
Location: Kuantan, Pahang, Malaysia

Visited our upgraded Mini Zoo yesterday with my grandson. Pleasantly surprised,I must say.

Apparently, it's the first hybrid zoo in Malaysia. Hybrid in that it combines both live animals and replicas of pre historic predators. Worth a visit. I'm just going to post pictures of the Mini Zoo... in mini packages.

close encounter of the third kind

Salam and good day.
In the midst of all the excitement in trying to catch a glimpse of comet C2017 K2, I will  share with you one of my favourite poems, written by the late Usman Awang aka Tongkat Warrant. Not  a comet, but stellar all the same..

the patung says ... QUALITATIVELY SUPERIOR ARE THEY?

These are prosperous, middle class people. These are not obviously refugees trying to get away from areas in the Middle East ... in North Africa. They look like any European family that you would live next door to ...

This isn't a place, with all due respect, like Iraq or Afghanistan that has seen conflict raging for decades. This is a relatively civilised, relatively European - I have to choose those words carefully too - city where you wouldn't expect that, or hope it's going to happen.

Some European commentators on Western Media have described Ukrainian refugees as being 'civilised', 'middle-class' and 'prosperous' and different from those from 'third world nations'.

and if that's not enough,

The New York Times reported that non-white people fleeing Ukraine were being blocked from leaving, in favour of white Ukrainians.

Wow. The blatant doubIe standard and racism makes me sick.

I don't mean to be negative, but

I feel for refugees from Asia and Africa, I really do.

This makes it very difficult for me to feel any sympathy for Ukrainians.

Email ThisBlogThis!Share to TwitterShare to FacebookShare to Pinterest
Labels: gardening, my favourite waste of time, pinterest, the state of my brilliant mind, update 4 minute

Stay safe. Stay strong. Believe in yourself and keep passing the open windows.

THE MONSOON ARRIVES ... too much of a good thing

Salam and good day I wish you on this cold and wet morning.

The monsoon is here... as expected. Cold, wet, windy ... the whole bloody lot. Mother nature is always reliable. It's pouring cats and dogs this morning. well, actually, it's been pouring since yesterday, and has gotten even worse today. Cats and dogs yesterday, cows and pigs today... LOL

As usual, I have tons of assessments to mark, but I just could not get myself to look at them yet. Instead, I went out, looked at the rain, shot a video and updated my blog. It's either that or watching Queen music videos. Well, f it makes you happy luv, do it. Anyway, I feel so much better now. I'm actually feeling quite motivated to work.
The last I heard, several areas have flooded and some roads are closed. Don't know how long this will last. I hope the best for all the flood victims and I also hope my flowers in my small yard will not die from too much rain. You know what they say... too much of a good thing ...
Queen - Too Much Love Will Kill You
at December 18, 2021 No comments:

What can I say. It's been a long weary year. Covid is still lingering in the air and things are only halfway back to normal. Not sure whether we will be able to get back to pre-covid normal. A lot of people are taking the current situation as the new normal. 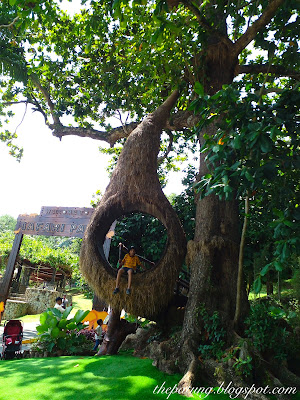 I AM THE PATUNG

every entry shows a glimpse of my life, every poem is an image of my thoughts, every photo is a snapshot of my feelings